He subsequently attended medical school at the University of Alabama at Birmingham (UAB) where he was a State Merit Scholar for four consecutive years and president of the Internal Medicine Society.  He graduated medical school with honors, in the top 15% of his class.  After medical school, he elected to pursue his internship and residency at UAB in internal medicine.   After completing his three year residency, he was chosen from among his residency class as one of four Chief Medical Residents (CMR) for the following year.

After completing his year as CMR, Dr. Sexton went on to pursue advanced fellowship training in Pulmonary Medicine, Sleep Medicine, and Critical Care Medicine.  The entirety of his fellowship training was completed at UAB.  He is one of a small number of physicians in the United States who is boarded in four medical subspecialties.

In 2003, Dr. Sexton started his career with Pulmonary Associates,  the only pulmonology group servicing the Wiregrass area.  He and his partners provide wide ranging health care services at Southeast Alabama Medical Center (SAMC), Flowers Hospital, and Noland Hospital.   He is an expert in all aspects of pulmonology, ICU care, and sleep medicine.  He has taken on various leadership roles which have included Chief of Medicine, Medical Director of Critical Care Unit, Medical Director of Intensivist Program, Medical Director of Sleep Lab, and innumerable administrative committees.   He has a teaching affiliation with the Alabama College of Osteopathic Medicine, and he will be actively involved teaching residents beginning in 2018 with the SAMC internal medicine residency program.  He is also involved with several clinical trials and research protocols in partnership with the SEC Clinical Research team.

It has been Dr. Sexton’s privilege and pleasure to care for patients of the Wiregrass.   He has close ties to the area--his wife Melissa and his father were both raised in Enterprise.  Outside of work he enjoys spending time with his wife and two sons, inshore fishing, exercising, and reading.  He hopes to resume writing fiction when life settles down… 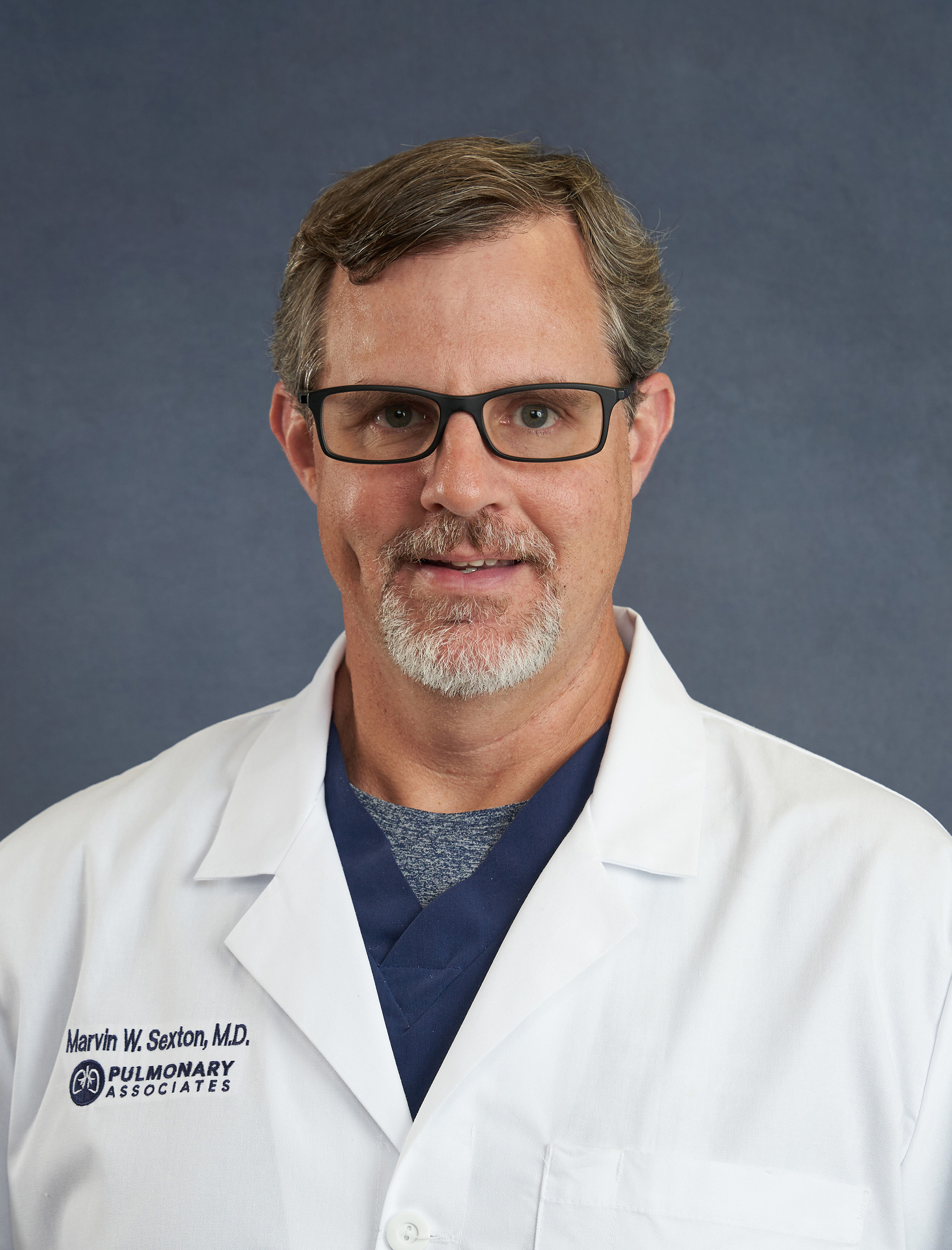